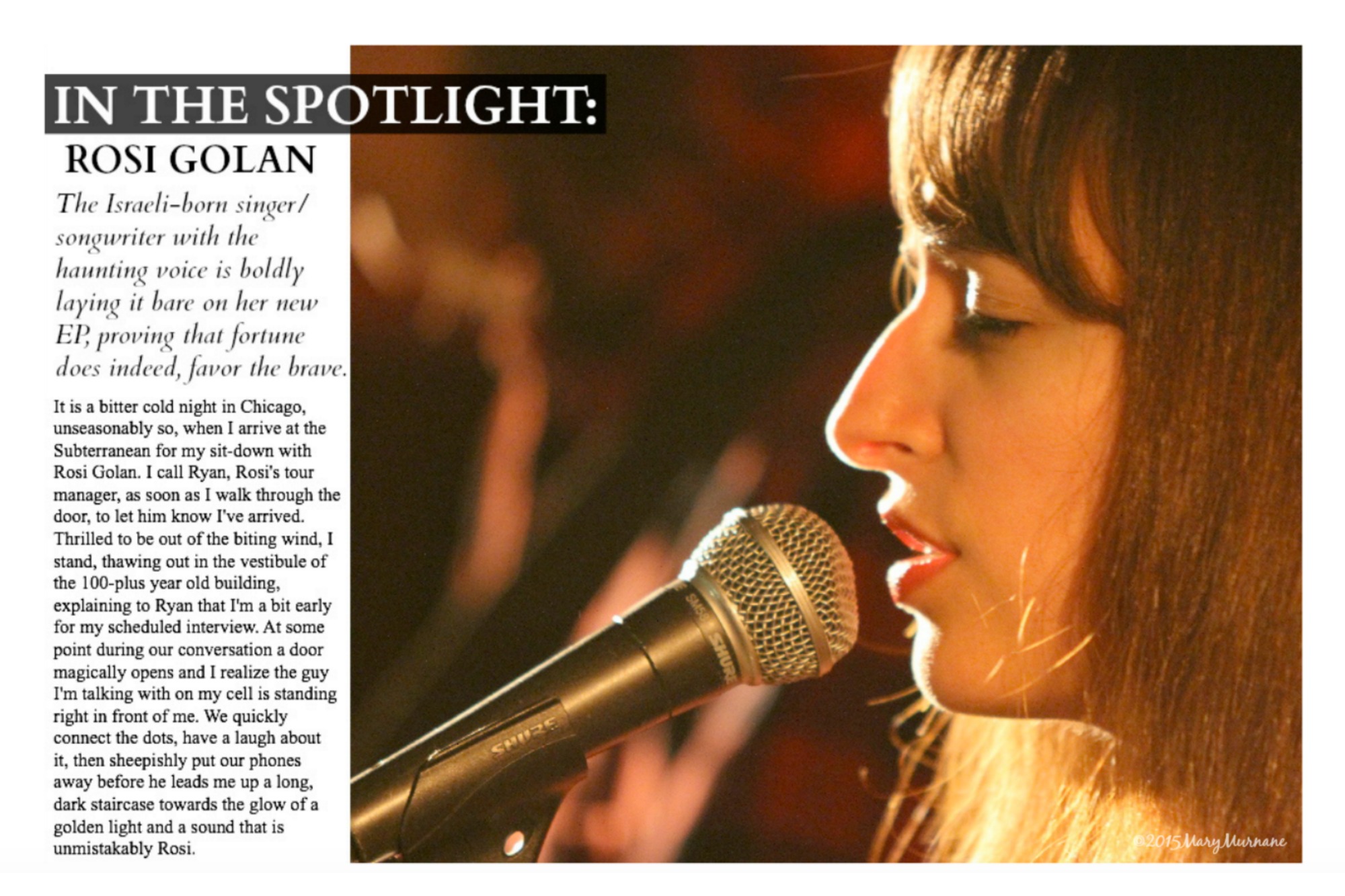 There, on a small stage in a room with a checkerboard floor, is Rosi Golan, rehearsing for her show which is less than an hour away.

As her run-through wraps up, she descends the stage and walks towards me with a casual ease that says, “I’ve done this before.” Suddenly her hand is outstretched and I am immediately struck by her down to earth charm and her candor about Chicago weather.

“I’m having a hard time warming up!”

Golan, who stays bundled up in her coat during our interview, is more beautiful in person than her photos belie and radiates a warmth that goes a long way toward extinguishing the drafty chill of the second floor green room. What brought Golan to Chicago? The Brooklyn-based singer-songwriter has been on tour promoting the release of her new EP, Fortuna, a name, which interestingly enough, refers to the Roman goddess of luck who is said to help those who take bold risks. That begs the question… 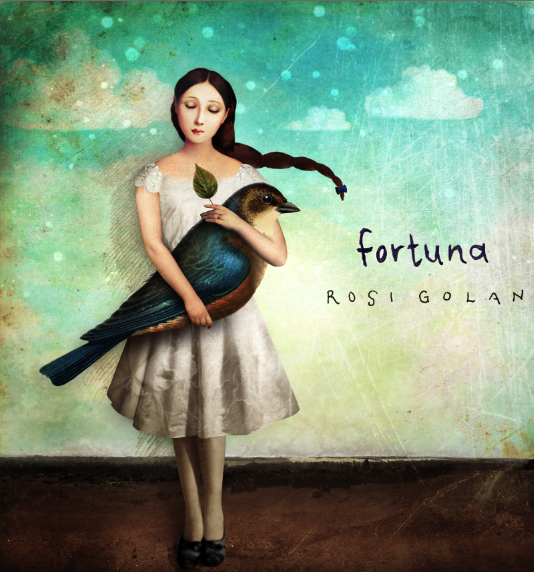 Did Golan take any bold risks with this new record? “Yes!” she says emphatically, pointing out that her first and second records were heavily produced with a lot of instrumentation. This time around her melodic artistry is on full display in a clean, stripped down kind of way, that left her, she says, feeling “quite naked.” 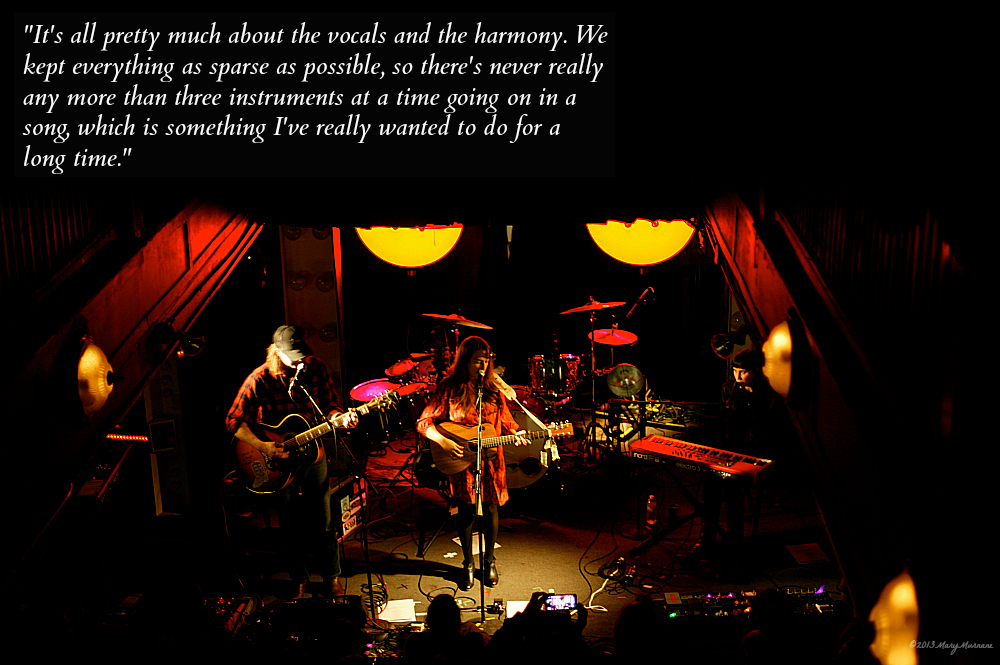 Recorded in Nashville, Fortuna includes numerous collaborations, among them, “Give Up The Ghost,” a duet with Snow Patrol’s Johnny McDaid, which was recently featured on the new CW show, Reign. In fact, this isn’t the first time Golan’s music has been featured on a television show. Her list of credits includes: The Vampire Diaries, Private Practice, and One Tree Hill, to name a few, as well as the film Dear John. 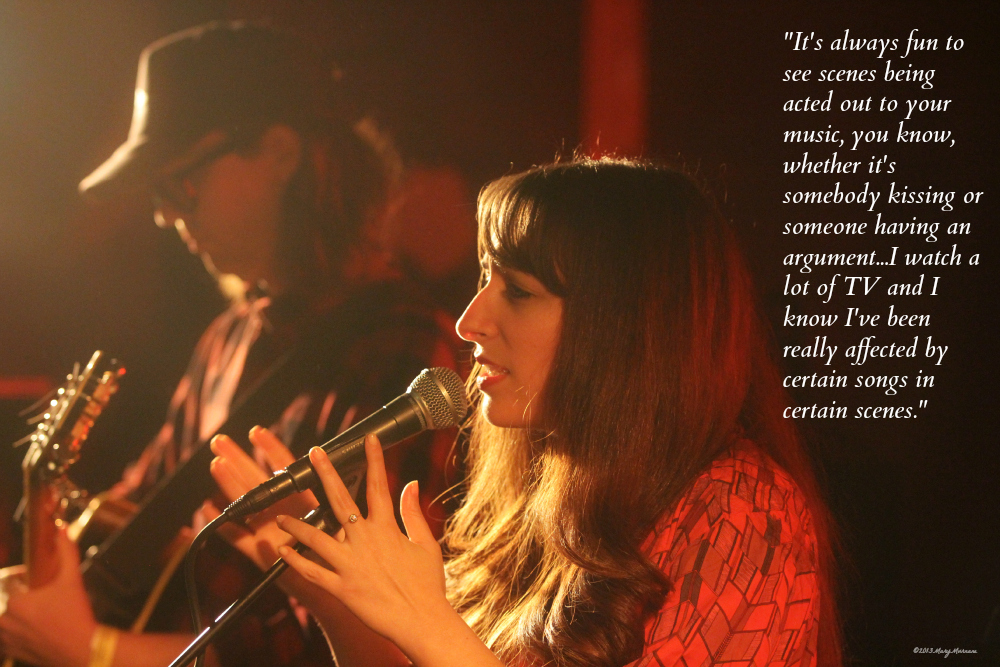 Golan hopes to continue doing music for television and film not only because she loves it but because she says it allows her to earn a living while continuing to do what she loves to do.

So how did Golan end up doing what she loves to do? It all began when she walked into a guitar shop at 19.

” I bought a bright blue guitar, not for any other reason except that blue was my favorite color at the time. I had no idea what to look for when buying a guitar. I just got lucky. My first guitar was really amazing. I just happened to fall upon the right guitar at the right moment. My neighbor, who happened to play guitar, taught me three chords and I kind of took it from there.”

“That’s a good question. I started out writing words. I didn’t know I could sing. I guess the first time I wrote a song I decided to sing it out loud for a family friend and she was like, “You have a good voice, I think you can sing.” And I said, “You think so?”  So I think the writing came first but they both evolved at the same time, so there’s no clear answer to that.”

How has your musical style evolved over the past decade?

“Wow! A lot! I feel like songwriting is something that is constantly changing and evolving, especially if you’re the kind of songwriter that I am, which is I write from life experience, so obviously as my life shifts my music is going to as well. You learn a lot about yourself, about what you want, when you’re on the road as much as I am.”

Do you have any road essentials?

“I have a travel steamer, the big one, for when my clothes get wrinkled, and I love to have my mug with me—it’s just something that feels homey.”

One word to describe yourself…

When you’re not making music what do you love to do?

“I love cooking! It’s definitely my other passion. I grew up in the kitchen with a Moroccan grandmother, so I make a lot of Moroccan food. I’m currently working on developing that into something fun that I will talk about in the future.”

Any other creative outlets?

“For the last year I’ve been knitting. You need something to do in the car while you’re on the road.

Where do you see yourself in 5 years?

“Hopefully I’m making records and touring both here and in Europe. I hope that I get to keep doing what I do and that the writing keeps going because it’s going really well. And hopefully, I’m living somewhere warmer than New York, because I’m kind of done with the winters.”

Anyone you’d love to collaborate with?

“For the last six years it’s been one person, one person I’d love to tour with and sing a duet with—Ray LaMontagne.”

Do you have a mantra you live by?

“I wrote a quote once that I really loved: You can only truly be happy now and there’s never a time when it is not now.”

So, have you gotten what you wanted? 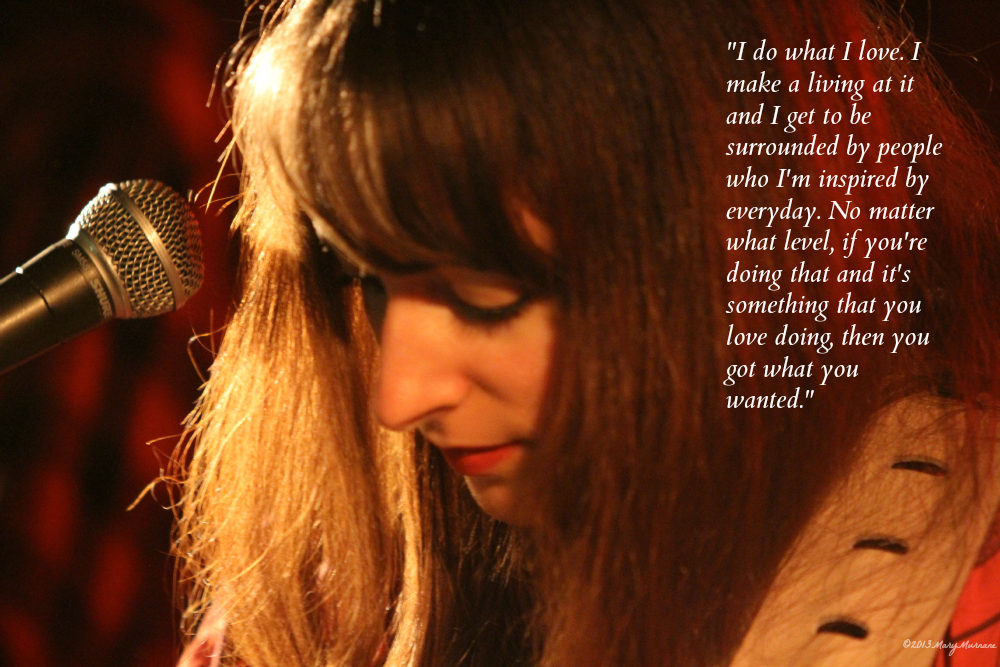 And on this bitter cold Chicago night, I, too got what I wanted—a chance to stop for a moment and enjoy the incredibly talented artist that is Rosi Golan. 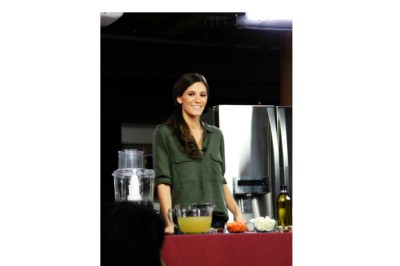 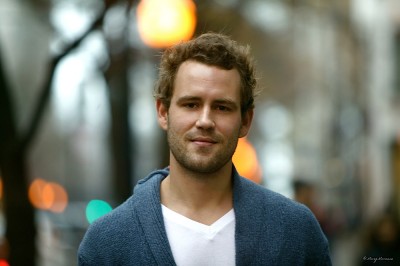 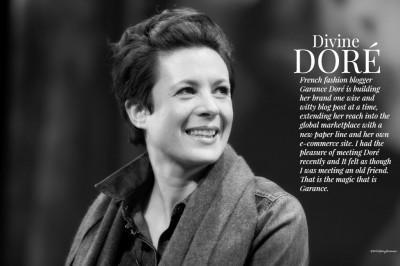 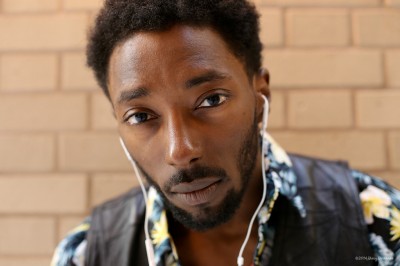