It is just before noon on Super Bowl Sunday. I am sitting in the grill area of an upscale suburban Chicago grocery store waiting for Executive Chef Frances Byrne to break away from her customers. On this day her medium length brunette hair is pulled back and hidden beneath her white chef’s hat, revealing a rosy complexion that is free of any makeup. Eventually she directs me behind the scenes into the kitchen area where she calmly surveys the landscape, then readies herself to be photographed. “I don’t have food between my teeth, do I?” she asks with a smile.  I assure her she doesn’t, and am immediately smitten by her warmth and self-deprecating manner.

Byrne is equal parts enthusiasm and seriousness with a dash of extra-dry humor thrown into the mix. Despite the last minute rush of shoppers who have flooded into the store to pick up some pre-game goodies, things are running smoothly without even the hint of a glitch. Byrne is clearly pleased. It is obvious that she has navigated this terrain before, directing her staff—she oversees 40 employees—like a virtuoso conductor. The Le Cordon Bleu-trained chef is responsible for creating and executing incredible menus that are not only unique and varied but—speaking from experience—absolutely delicious! Byrne, who has nothing but high praise for her staff, says she is happiest when her employees are happy and when her customers enjoy what she has created.

“One of the best parts of my job is creating new items and having them met with smiles and enthusiasm.”

Byrne has been creating menu items for the boutique grocery chain for eleven years, the last four in her current role as executive chef.  But the menu here is about to change. Byrne is saying goodbye to her beloved staff for an exciting new opportunity. More on that in just a moment. First though, we go back to the beginning of Byrne’s journey to find out how she got her start in the business and what advice she has for those seeking a career in the culinary arts.

Take me back to the beginning. Did you always aspire to work in the culinary world? If not, as a child, what did you want to be when you grew up?

It was a toss-up between this and becoming a psychologist, specializing in twins. I didn’t like statistics class in college, and that made my decision!

Were you drawn to baking/cooking as a child?

Yes, always. I used to have my friends over for sleepovers and we would make pizzas. I would make them all breakfast in the morning.

Who were your major culinary influences growing up?

My mother made sure to have dinner on the table every night at 6 sharp and she made our breakfasts and lunches every day. That kind of expression of love spoke to me.

Tell me about your journey to becoming a chef.

When I graduated from Loyola University, I knew that I would enroll in culinary school and work in the field during my courses. I worked at Sunset Foods Deli during college and always ended up in the kitchen there, learning whatever I could. When I started culinary school at Chicago’s Le Cordon Bleu, I worked at La Madeleine. I was in charge of a station that produced entrees and pasta dishes. It was wonderful because it was an open kitchen , so you could see your customers. I left there when I was recruited by Carlos’ Restaurant to become a Pastry Assistant and later a Pastry Chef at the age of 24. Eventually though, my love for the savory side began calling to me and I knew I needed to get back to cooking, which is what brought me here.

Do you think your education prepared you well for your profession?

Yes. Absolutely. My school was a trade school in actuality. What I put into it is what I got out of it. Culinary school was the first time I wanted to excel in school. Incidentally, my communications courses in college have also helped me tremendously.

What skills do you think are most important to be a successful chef? 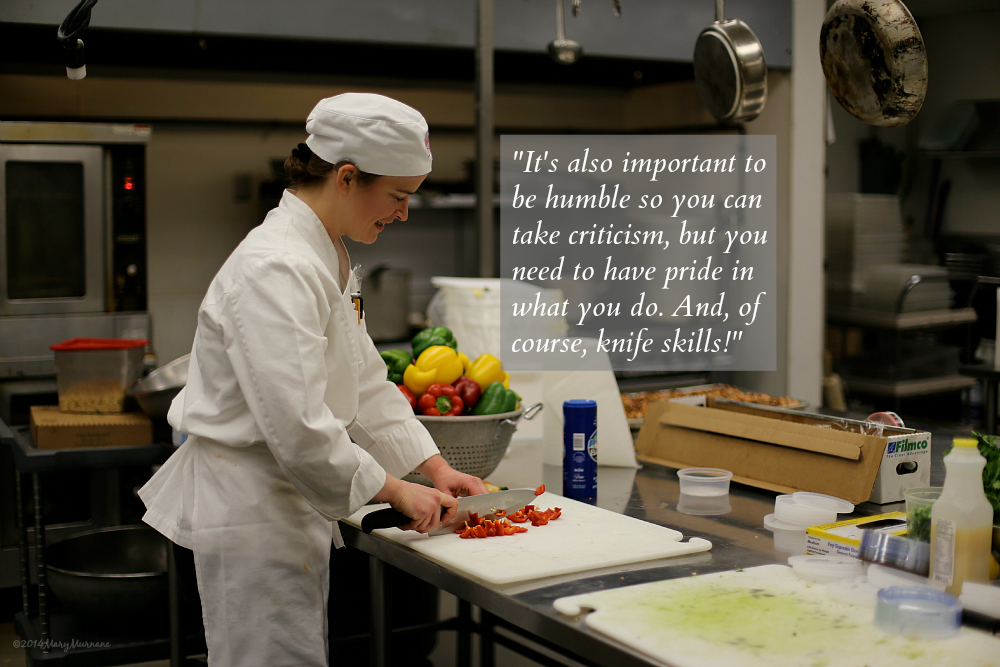 How do you feel about Chicago’s culinary cache?

Chicago is amazing, open-minded, trendy yet loyal, and many suburbs reflect this as well. What with our ridiculous lack of seasons, we do what we can to have fun, and food is a huge part of entertainment here.

Chicago is home to a plethora of top rate chefs. Who’s your favorite and why?

Carrie Nahabedian of Naha and Heather Terhune of Sable Kitchen are current favorites. Their food is soulful, real, and all about flavor and textures.

What’s your proudest achievement so far?

You’re saying goodbye to your current position to jump back into the restaurant business and a new role as Director of Operations for a Chicago-based restaurant group. How do you feel about moving on?

After 11 years in the same company, I feel it is time to go. The fact is, this is my career and I need to keep learning. Sometimes one needs to make a change on a personal level or professional level to make that happen. I think it is crucial to always look for job opportunities and to interview because we need to know what we are capable of.

What advice do you have for someone who would like to pursue a career the culinary arts? 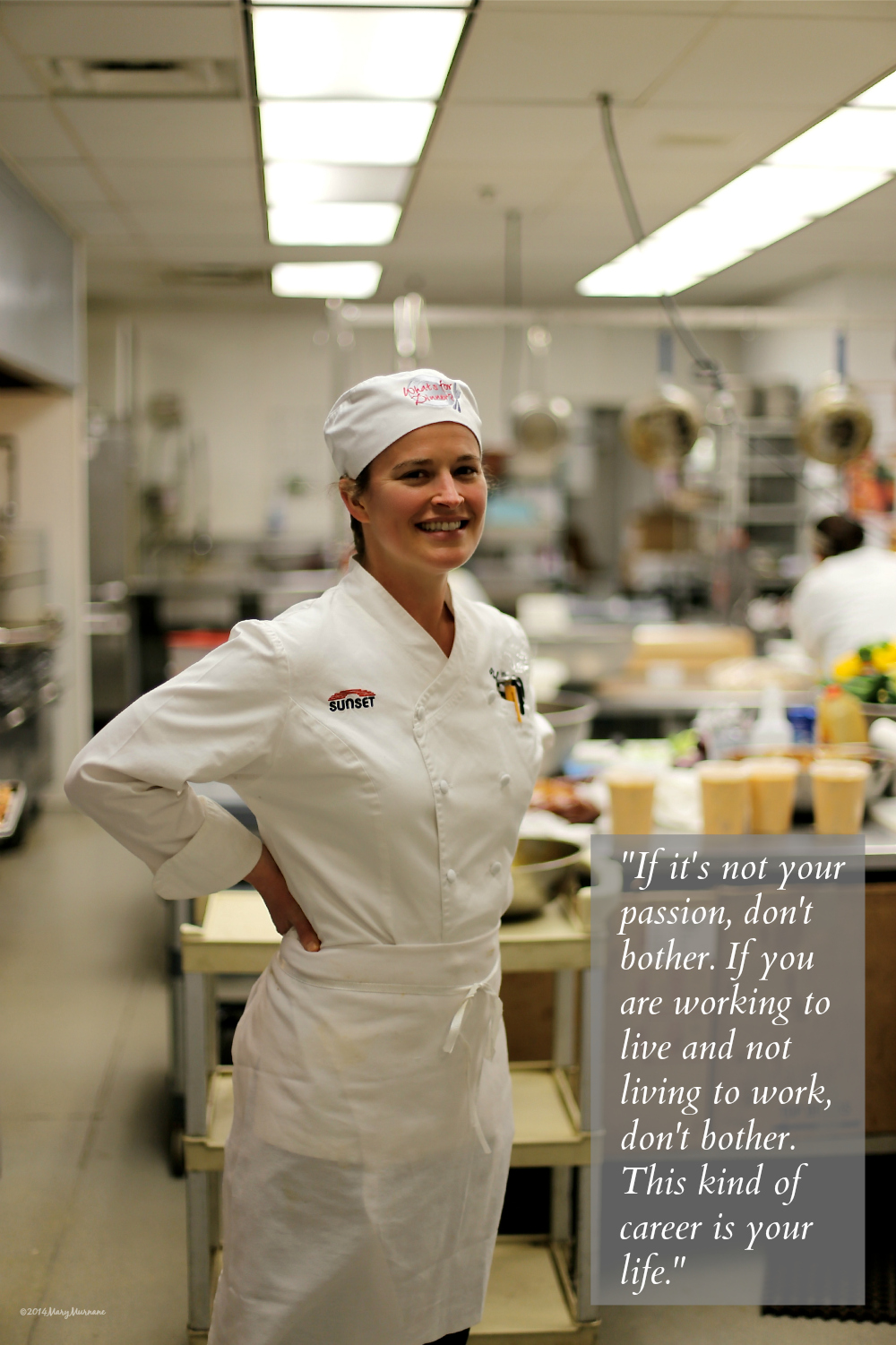 I couldn’t let Byrne go without asking her what would be on the menu if she were to host a dinner party for family and friends.

“I would prepare a platter of cheeses, warm olives, toasted nuts and a warm baguette to start. It makes everyone center around the platter, nibbling and chatting over glasses of Prosecco. I would prepare a seasonal soup puree, such as a caramelized apple-onion, or mushroom trio, or gazpacho, or squash. The dinner would be family style with dishes such as roasted herbed potatoes, lemony brussels sprouts, quinoa with a Greek tomato confit, grilled asparagus with red wine cracked pepper vinaigrette, Julienned roasted red pepper, and toasted pine nuts, polenta cakes and maybe a cauliflower gratin. I would offer a choice of petite proteins, i.e. dijon-crusted baby lamb chops, chicken roulade,  pan seared rainbow trout, and little tilapia en papillote packages. A salad of mixed greens would be offered. Dessert would probably be a fruit crisp with a rosemary-honey ice cream. There would also be plenty of wine during the meal!”

Sounds amazing, doesn’t it?! I’m hoping if Byrne ever sends out invitations for this dinner party that I’ll be on the list.

Good luck, Chef Byrne, on the next exciting chapter of your journey! 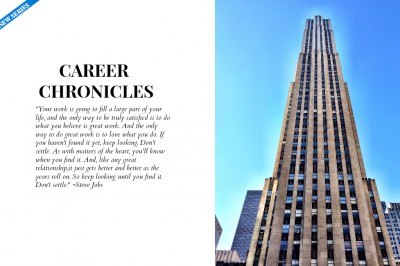